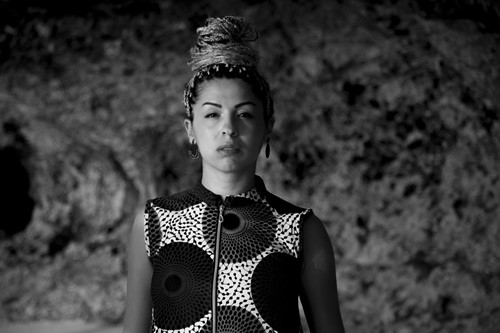 After completing her middle and high school education on classical music (major cello), Aslı started to deal with many different music styles. She was part of many orchestras and bands as instrumentalist, vocal and song writer. Between 2008-2012, she became the founder and vocalist of Electro-pop group named Bon Mod, performing in more than 100 performances in Turkey and abroad with 1 album and 2 EPs.In 2012 She began her career as a professional DJ and since then took the stage in numerous night clubs in Turkey and Europe, events (private and public) and festivals. Every year, she improved her standing and performance from stage to stage in accordance with the new trends and listeners, varying from live vocal, repertoire of her own productions and even using different technical equipments.In addition to having launched her electro-acoustic project Alem-i Adastra in which she performs with live instruments on ethnic-minimal themes since 2017, she has also published a song called 'Diamond Gaze' from Wold Records, which was remixed by 8 different artist like Deniz Kabu, Gadi Mitrani, Wolfson and had been released as a second EP. She will release her new album in future days.She is currently tutoring and teaching on modern music production on Ableton Live in Unis Academy, as well as having videos for social media on digital DJ'ing. Some of the leading names in the electronic music world that Asli has been performing with are: Kavinsky, Karin Park, Gui Boratto, Erol Alkan, Louisahh, Alex Metric, Blondish, Eli & Fur, Mathew Dekay, Artbat, Rodriguez Jr, Viken Arman, Armen Miran, Jan Blomqwist,Mandy, Thomas Schumayer, Brodinski, Viken Arman, Satori in Istanbul, Ankara, Cesme, Paris, Munich, Amsterdam and many more..
Booking Request