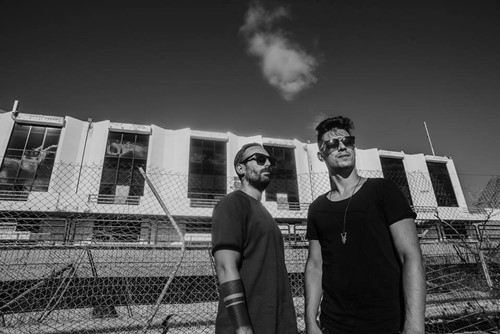 Dizharmonia is made up of Sotiris and Sokratis two Greeks from Athens sharing the same love for Deep Melodic Techno sound.Inspiration and influence is gathered by by modern sounds of techno and oldschool sounds of progressive to create tracks aromatised by atmospheric and wicked synths and strings, aggressive basslines and tight drums.

Dizharmonia started their project in 2015 and almost from day 1 they made quite an impact to the Electronic scene.Their very first big release came on Steyoyoke in 2016 with their EP Emmanuel reaching the Top 20 (Place No.18) in Progressive House charts on Beatport. By the same time they were reaching Top 20 once again (Place No.16) with their release Pythagorion on Click Records and in 2018 their established their charting positioning with their release Heliostasion as it reached No.13 in Top 100 Melodic House/Techno releases and No. 19 in Top 100 Melodic House/Techno singles.2019 is a milestone for them as they started their own imprint under the name of "Masonia" and their first release on it reached place No.12 in Top 100 Downtempo/ Electronica Releases.
Booking Request